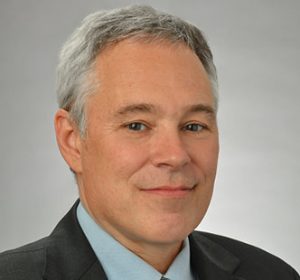 Mark is responsible for the implementation and day to day operations of KRIS. He has been in charge of the KRIS online credit service including default probabilities and credit analytics from the outset.

Consulting projects focus on credit modeling for various asset classes and incorporation of these models into risk management, capital budgeting and regulatory frameworks including CCAR and DFAST reporting in the US as well as Basel reporting globally.

He has over 25 years of experience in the financial services information and systems field and is a veteran of State Street Bank, KPMG, Oracle, and the Bank of America.

Prior to joining Kamakura Corporation, he was Vice President at Askari Risk Management Solutions, at that time, a subsidiary of State Street Bank in Boston. At KPMG, he was a project manager in financial services consulting and worked on projects that involved two of the largest banks in the world.

Before joining KPMG, he was a managing principal in the risk management area for Oracle Corporation, where he worked on projects from Amsterdam to Singapore. he also spent 8 years at Bankers Trust Company and Bank of America in New York, London, Los Angeles and San Francisco as an expert in foreign exchange dealing systems. Early in his career, he worked on the ‘Star Wars’ strategic defense initiative at Hughes Aircraft.

He has an MBA from New York University and a Bachelors degree in mathematics from Michigan State University, where he was captain of the cross-country team and qualifier for the U.S. Olympic trials in the marathon.