NEW YORK, November 1, 2021: There is nothing scary about how credit quality ended the month – or is there?

The Kamakura Troubled Company Index® indicates that credit quality remained benign once again in October, standing at 3.40%, compared to 3.43% last month. Volatility was also low, with default probabilities ranging from 3.05% on October 8 to 3.49% on October 28.  Over the past year, the index has declined by 14.96%.  The low was set on August 12, at 2.06%. An increase in the index reflects declining credit quality, while a decrease reflects improving credit quality.

Among the 20 riskiest-rated firms listed in October, 11 were in China, with six in the U.S. and one each in Brazil, India and Spain. The riskiest-rated firm was Codere S.A. (BME:CDR), a Spanish consumer services and gaming company.  The firm had a one-month KDP of 38.96%, up 5.63% from the previous month. There were four global defaults in the Kamakura coverage universe, three of which occurred in China and the other in the U.S.

The Kamakura Expected Cumulative Default Rate, the only daily index of credit quality of rated-firms worldwide, shows the one-year rate up 0.05% at 0.80%, and the 10-year rate up 0.43% at 20.04%. The expected cumulative default rate for 10 years exceeds the 10-year rate in September, 2008 (the month that Lehman, AIG, FNMA, FHLMC and Washington Mutual failed).

I have often heard our Managing Director for Research, Professor Robert Jarrow, describe models simply and accurately as “abstract representations of a real-world setting.”  Evaluating a model therefore requires testing its assumptions as well as its data.

In the real world, practitioners, especially those in quantitative finance, often blame “fat tails” for anomalies.  Unlike a coin toss, in which the tails will be “thin” and predictable, markets and credit cycles tend to have extreme outcomes much more frequently than you would expect.  The key question is how to predict them in advance.  Debates about data issues, persistency and adjustments tend to justify the models and mask the impact of other dynamics at work, such as “group think” and clusters. Groups of members who think alike and interpret the data the same way may miss vital warning signs. Determining the right dynamic leading indicators, which change from cycle to cycle, becomes more difficult.

The current short-term environment is quite benign, with low levels of default, compression among spreads and ample liquidity.  Using the U.S. as an example, Figure 3 below shows that the number of defaults through the end of the third quarter this year is down significantly from 2020. 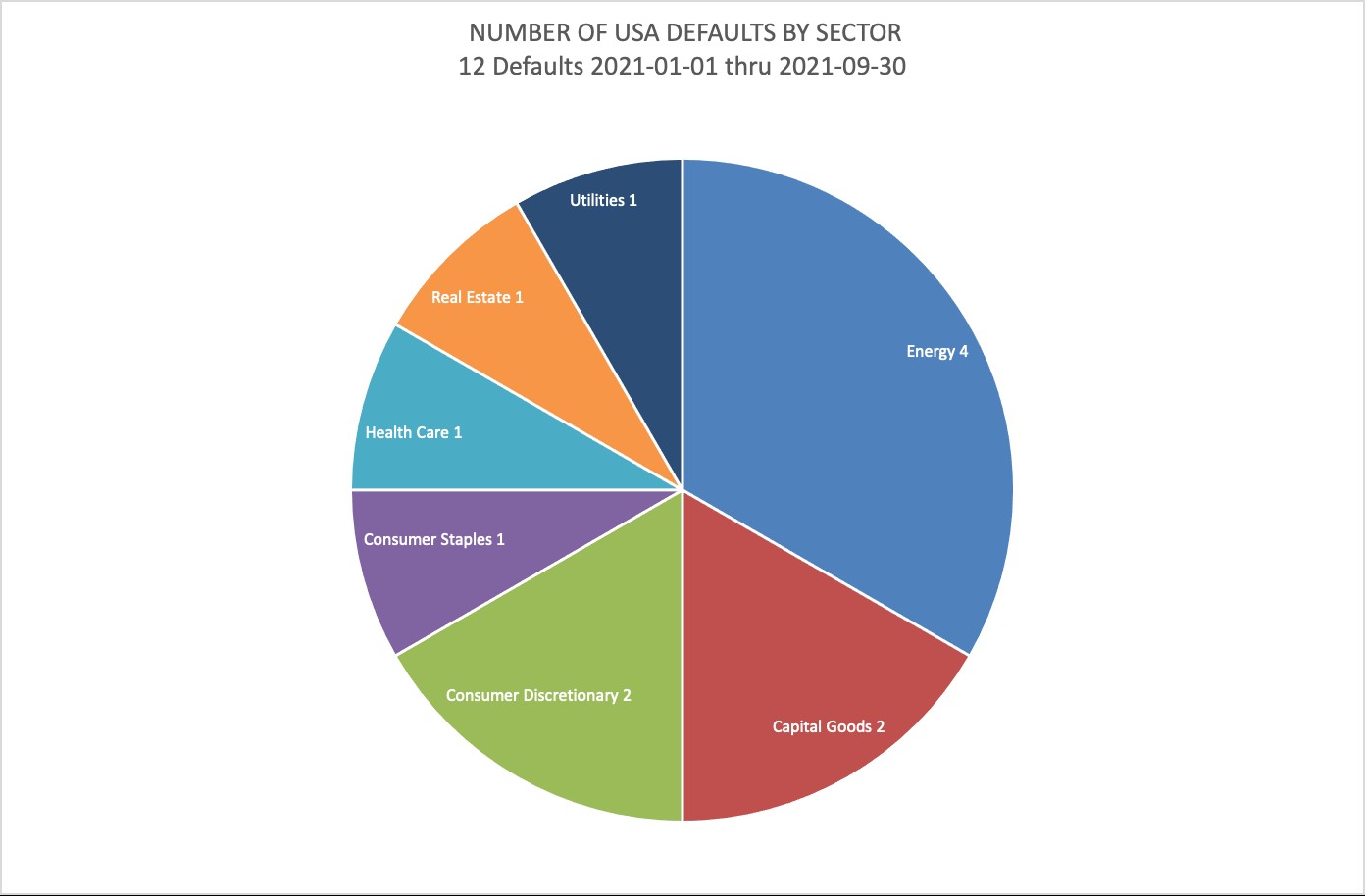 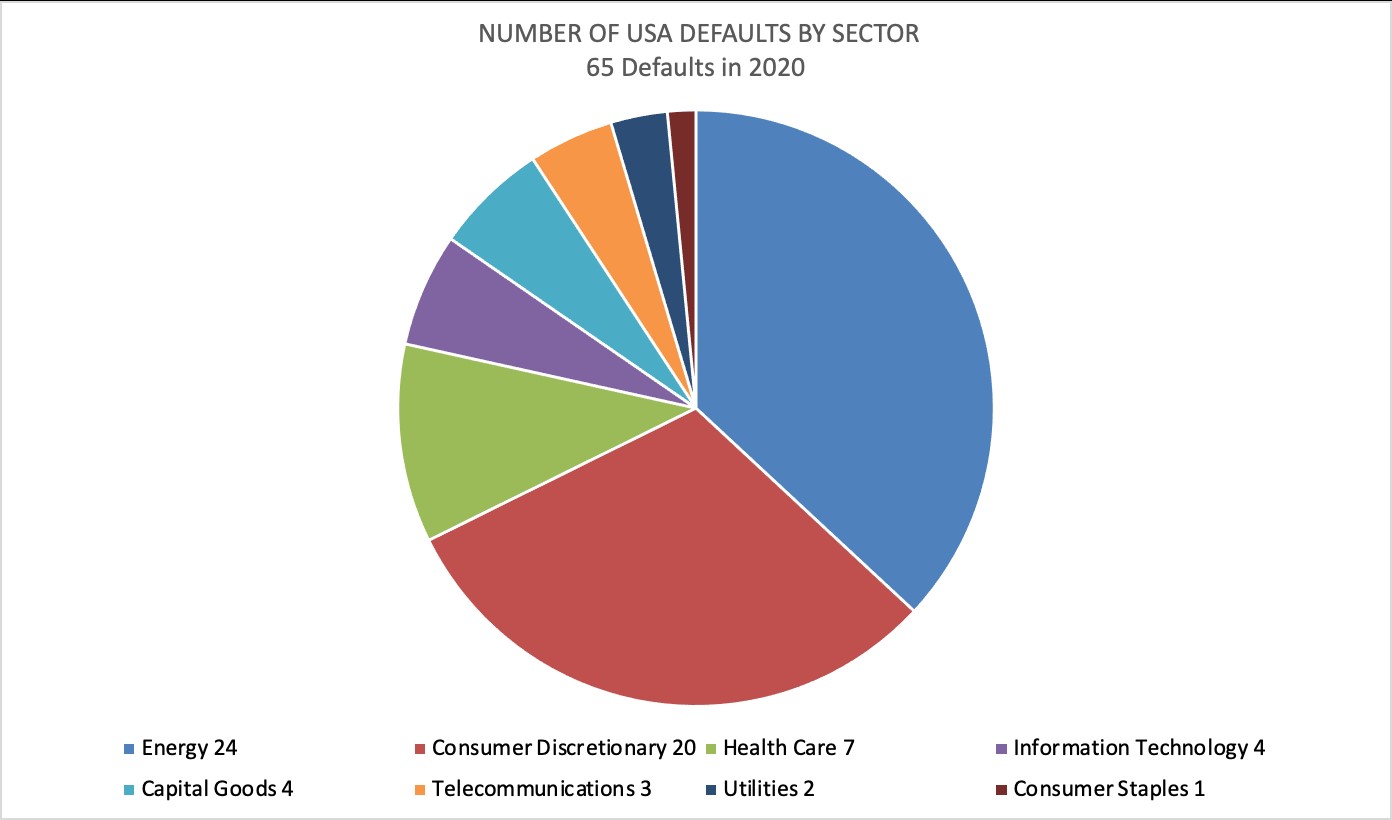 Low interest rates and a low level of corporate defaults outside of China and the energy sector continue to allow the markets and central banks to support companies with leveraged and fragile balance sheets.  Markets seem to be focused on the one indicator of distress that has not occurred – an increase in global defaults, especially for leveraged companies.

But the indicator that worries me is continued pressure on the long end of the Kamakura Expected Cumulative default rate. The spread between short and long-term default rates is not a normal part of the model or data history.  What are its drivers?

As I read the third quarter banking releases, I noticed that banks, driven by low short-term default risks, continue to release reserves.  That raises a scary question: Have central bank policies created a generation of “zombie” firms that would have failed if not for fiscal and monetary policies of easy and free money?

More than ever, I am looking to the bond market, rather than the equity markets, to be the first to react to a rise in defaults created by an economic slowdown, a rise in interest rates, a decline in liquidity, or some combination of these factors.  Our central banks will be playing catch-up, and I question whether they have the will to act or to admit their role in creating the next crisis.

Kamakura CEO Dr. Donald van Deventer addresses the current situation in his daily blog, Corporate Bond Investor, which examines attribution of risks as they relate to changes in bond prices. Table 2 below shows the one-month attribution as of October 29, 2021.

About the Troubled Company Index
The Kamakura Troubled Company Index® measures the percentage of 40,500 public firms in 76 countries that have an annualized one- month default risk of over one percent. The average index value since January 1990 is 14.37%.  Since November 2015, the Kamakura index has used the annualized one-month default probability produced by the KRIS version 6.0 Jarrow-Chava reduced form default probability model, a formula that bases default predictions on a sophisticated combination of financial ratios, stock price history, and macro-economic factors.

Kamakura has served more than 330 clients with assets ranging in size from $1.5 billion to $7.0 trillion.  Current clients have a combined “total assets” or “assets under management” in excess of $34 trillion.  Its risk management products are currently used in 47 countries, including the United States, Canada, Germany, the Netherlands, France, Austria, Switzerland, the United Kingdom, Russia, Ukraine, South Africa, Australia, China, Hong Kong, India, Indonesia, Japan, Korea, Malaysia, Singapore, Sri Lanka, Taiwan, Thailand, Vietnam, and many other countries in Asia, Europe and the Middle East.