Legacy credit ratings were invented in 1860 (not a typo) by a predecessor to S&P Global Inc.  (SPGI). Surprisingly, the credit ratings business has hardly changed at all since then.

At Kamakura Corporation, we are sometimes asked about the differences between our KRIS default probabilities and legacy credit ratings.  It’s simple to list them:

The result of these problems with 1860 ratings technology is a low correlation between legacy credit ratings and modern “big data” default probabilities derived with the most advanced statistical techniques possible.  We summarize the low correlation as of TODAY in the following paragraphs.

Spread and Ratings Analysis
This graph shows the distribution of ratings by default probability level and vice-versa.  It confirms that legacy credit ratings are a very rough proxy for modern KRIS default probabilities: 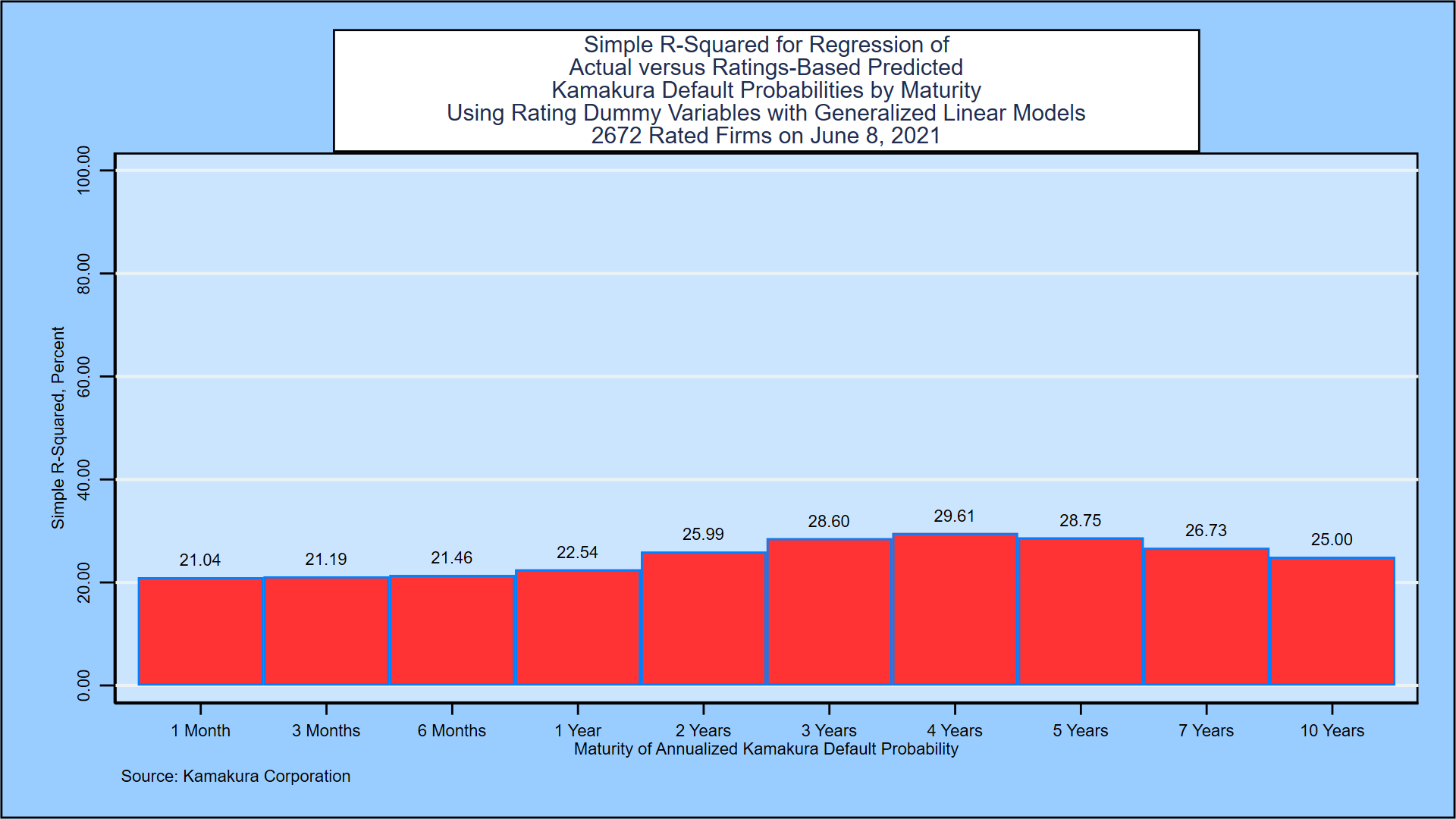 The current mapping of credit spreads and legacy ratings, based on all corporate fixed rate bonds which traded at least $1 million for the day, are shown here:

As is the case with default probabilities, the correlation of legacy credit ratings with traded senior debt credit spreads in the U.S. market on the day was low.  How low?  Generally speaking, credit ratings explain less than 70% of the variation in traded bond spreads on any given day if you use dummy variables for each variable, allowing higher rated companies to have higher spreads.  If you use an ordinal variable (AAA = 1, AA+ = 2, etc.) to enforce a widening of spreads as ratings get weaker, explanatory power is much lower. 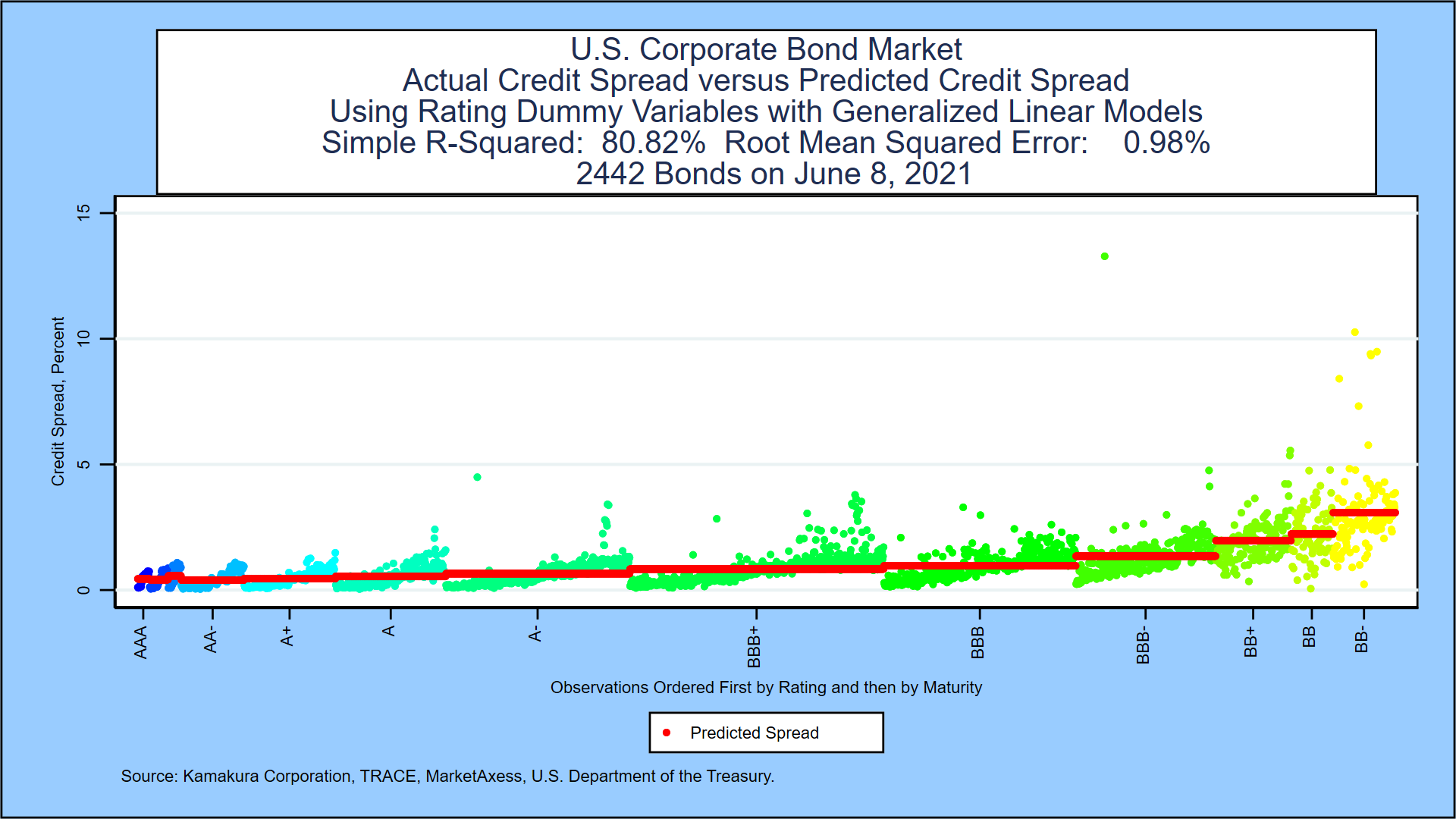 Here’s the same analysis using the ordinal variable to predict spreads from ratings: 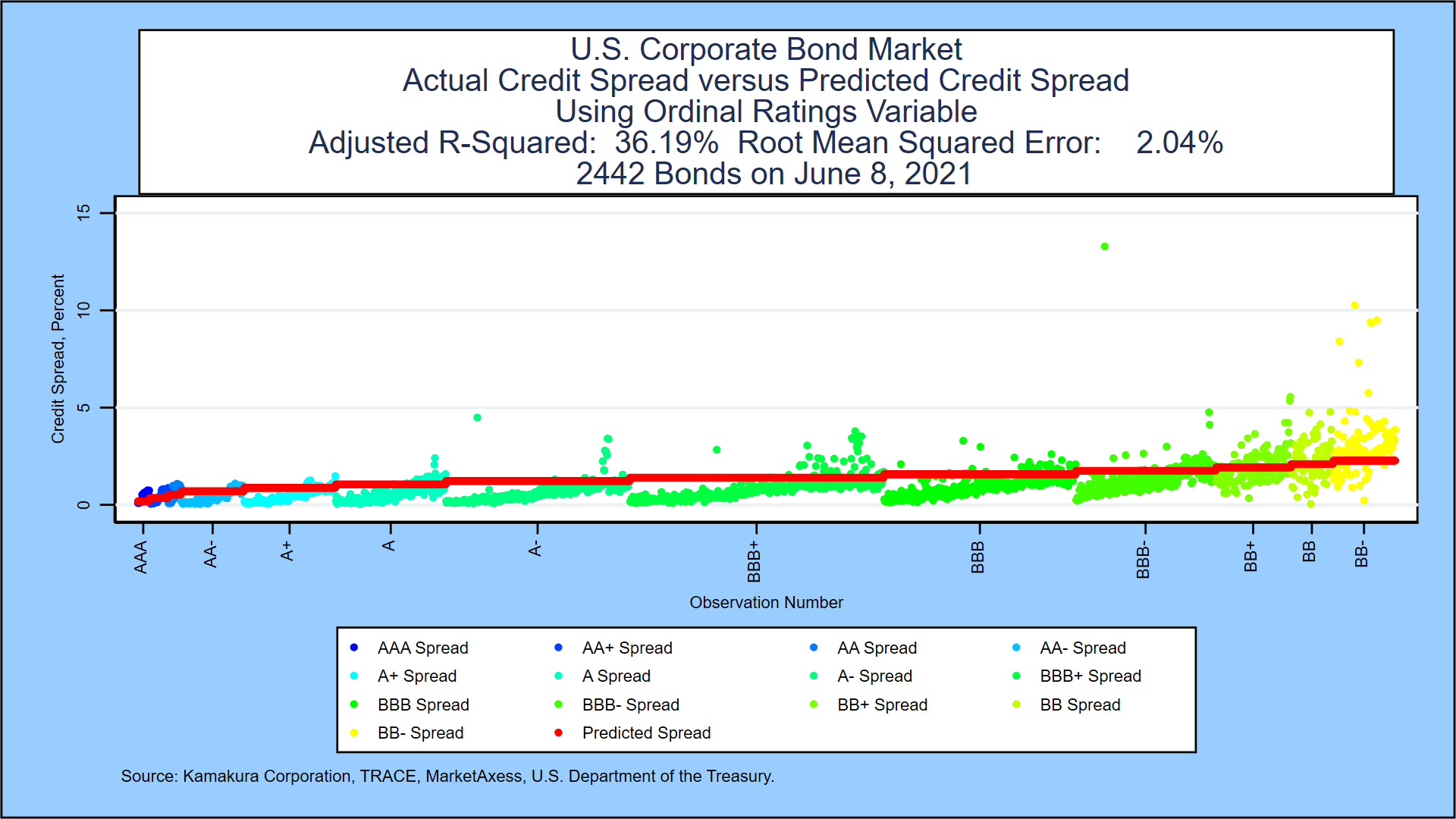 The probability of each legacy rating, conditional on the credit spread being in the range for that row, is given in the table below.  The median rating at each spread level is marked in red.  These red squares can be interpreted as the “bond-implied rating” conditional on the given spread level.  Ratings, of course, ignore maturity and that makes a direct spread to rating match very rough: 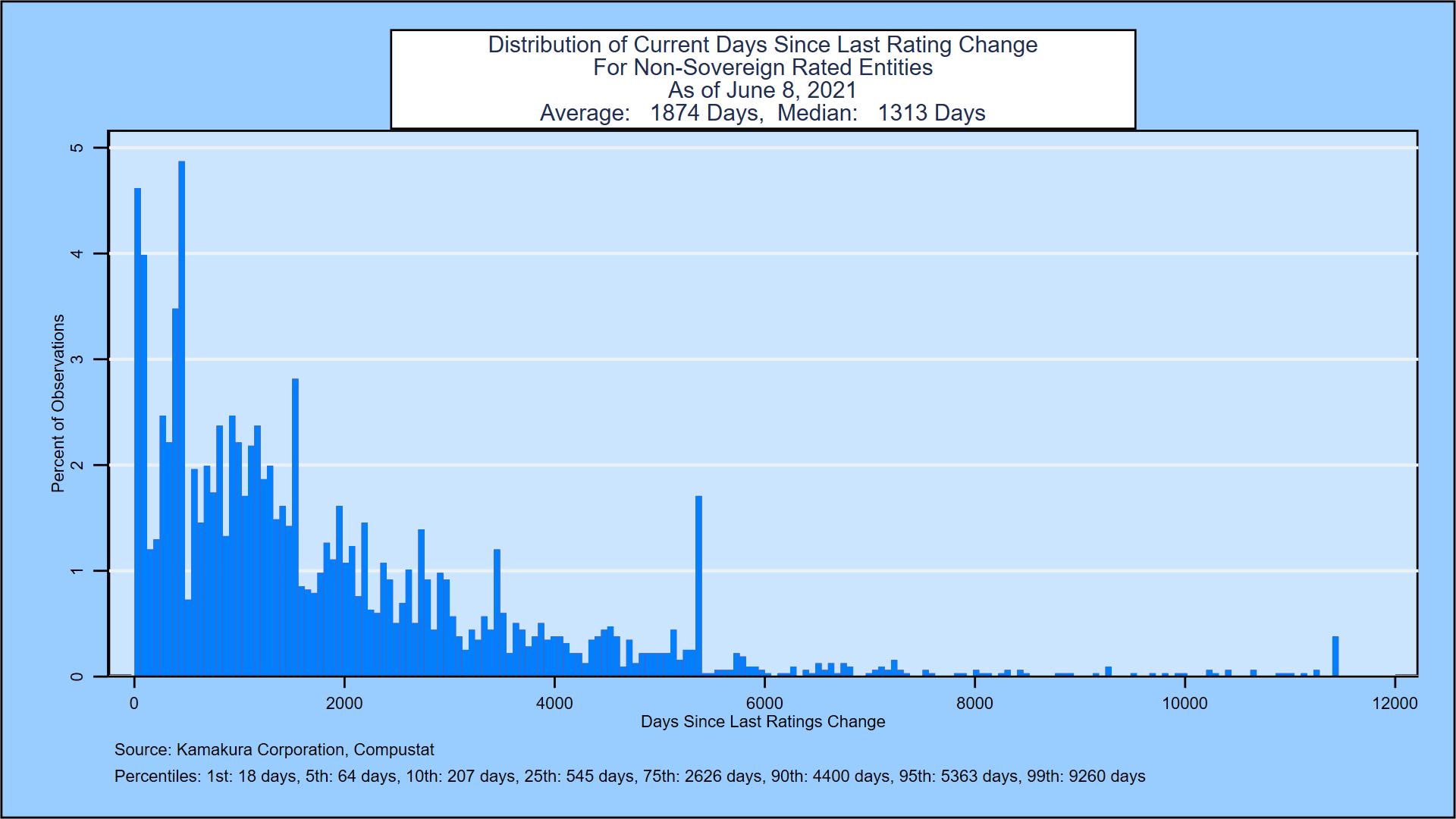 For more information
An introduction to the Kamakura Risk Information Services default probabilities is available here: