NEW YORK, March 15, 2021: Kamakura Corporation announced today that version 6.0 of its Implied Ratings Model has been released to global clients of its Kamakura Risk Information Services default probability service. For more than 15 years, KRIS clients have relied on the KRIS Implied Rating Model to adjust for the often-stated preference of legacy rating agencies for stability over accuracy. The median time between changes in legacy credit ratings, for example, is currently 1,317 days. The KRIS Implied Ratings Model uses the full 10-year term structure of Kamakura public firm default probabilities, which are updated daily for 40,500 firms, to predict the daily legacy rating of public firms when the objective is accuracy, not stability. 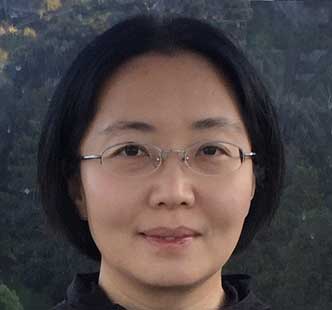 The new version was developed by a team led by Kamakura Chief Data Scientist Dr. Sou-Cheng T. Choi. The implied ratings model is based on 10.2 million daily observations of historical public firm credit ratings from 1990 to the present. The model is intended to answer this question that is often posed to Kamakura by clients: “We know the rating agencies are slow. We want to know the answer to this question: ‘If the rating agencies were interested solely in accuracy, not stability, and assuming their methodology is otherwise unchanged, what would ratings be today for all rated public firms?’” Key variables that drive the predictions of the new Implied Ratings version include every point on the KRIS default probability term structure, a long list of financial ratios and company attributes, macro-economic factors, and adjustments by industry and geographic location. Other members of the Implied Ratings development team included Professor Robert A. Jarrow, Mark Mesler, Eric Penanhoat, Dr. Donald R. van Deventer, and Martin Zorn.

A second model predicts the probability that a given public firm will have a legacy credit rating. This model, developed by the same team, used 126 million daily observations of public firms and their KRIS default probabilities. Both models show clearly that the distinction between “point in time” and “through the cycle” has no predictive power, because each point on the KRIS default probability term structure, from 1 month to 10 years, is statistically significant in predicting the level and existence of credit ratings. Moreover, they show that the strong rating agency bias in favor of large firms persists, even though the impact of size on default risk is accurately incorporated in the KRIS default probabilities.

Martin Zorn, Kamakura’s President and Chief Operating Officer, explained. “Legacy ratings go unchanged for so long that, for a given company, there is a wide range of financial ratios and economic conditions that has occurred while the current rating was in place. The graph above shows the results of this rating agency behavior for Microsoft (MSFT). While the current rating is AAA, there is a positive probability for many ratings levels, with the median of that probability distribution coming in at A+. Another good example of the insights from the Implied Rating Model is shown in this graph for Chesapeake Energy (CHK), which failed in June 2020:

“Over the period from 1993 to 2020, the actual legacy credit rating for CHK changed only 22 times because of the traditional lag in agency ratings. The KRIS Implied Rating, however, is focused on accuracy and it changed 263 times during the same period. The company’s Implied Ratings reflect the volatile nature of its business, the daily updates in KRIS default probabilities and oil prices.”
KRIS clients receive a 24-page technical guide that fully explains both the new version of the Implied Ratings Model and the Rated/Not Rated probability model.

About Kamakura Corporation
Founded in 1990, Honolulu-based Kamakura Corporation is a leading provider of risk management information, processing, and software. Kamakura was recognized as a category leader in the Chartis Report, Technology Solutions for Credit Risk 2.0 2018. Kamakura was named to the World Finance 100 by the editor and readers of World Finance magazine in 2017, 2016 and 2012. In 2010, Kamakura was the only vendor to win two Credit Magazine innovation awards.  Kamakura Risk Manager, first sold commercially in 1993 and now in version 10.1.1, is the first enterprise risk management system for users focused on credit risk, asset and liability management, market risk, stress testing, liquidity risk, counterparty credit risk, and capital allocation from a single software solution. The KRIS public firm default service was launched in 2002. The KRIS sovereign default service, the world’s first, was launched in 2008, and the KRIS non-public firm default service was offered beginning in 2011. Kamakura added its U.S. Bank default probability service in 2014.
Kamakura has served more than 330 clients with assets ranging in size from $1.5 billion to $7.0 trillion. Current clients have a combined “total assets” or “assets under management” in excess of $28 trillion. Its risk management products are currently used in 47 countries, including the United States, Canada, Germany, the Netherlands, France, Austria, Switzerland, the United Kingdom, Russia, Ukraine, South Africa, Australia, China, Hong Kong, India, Indonesia, Japan, Korea, Malaysia, Singapore, Sri Lanka, Taiwan, Thailand, Vietnam, and many other countries in Asia, Europe and the Middle East.