2021: What Should I Do? Buy the Long Bond or Roll-over Treasury Bills? 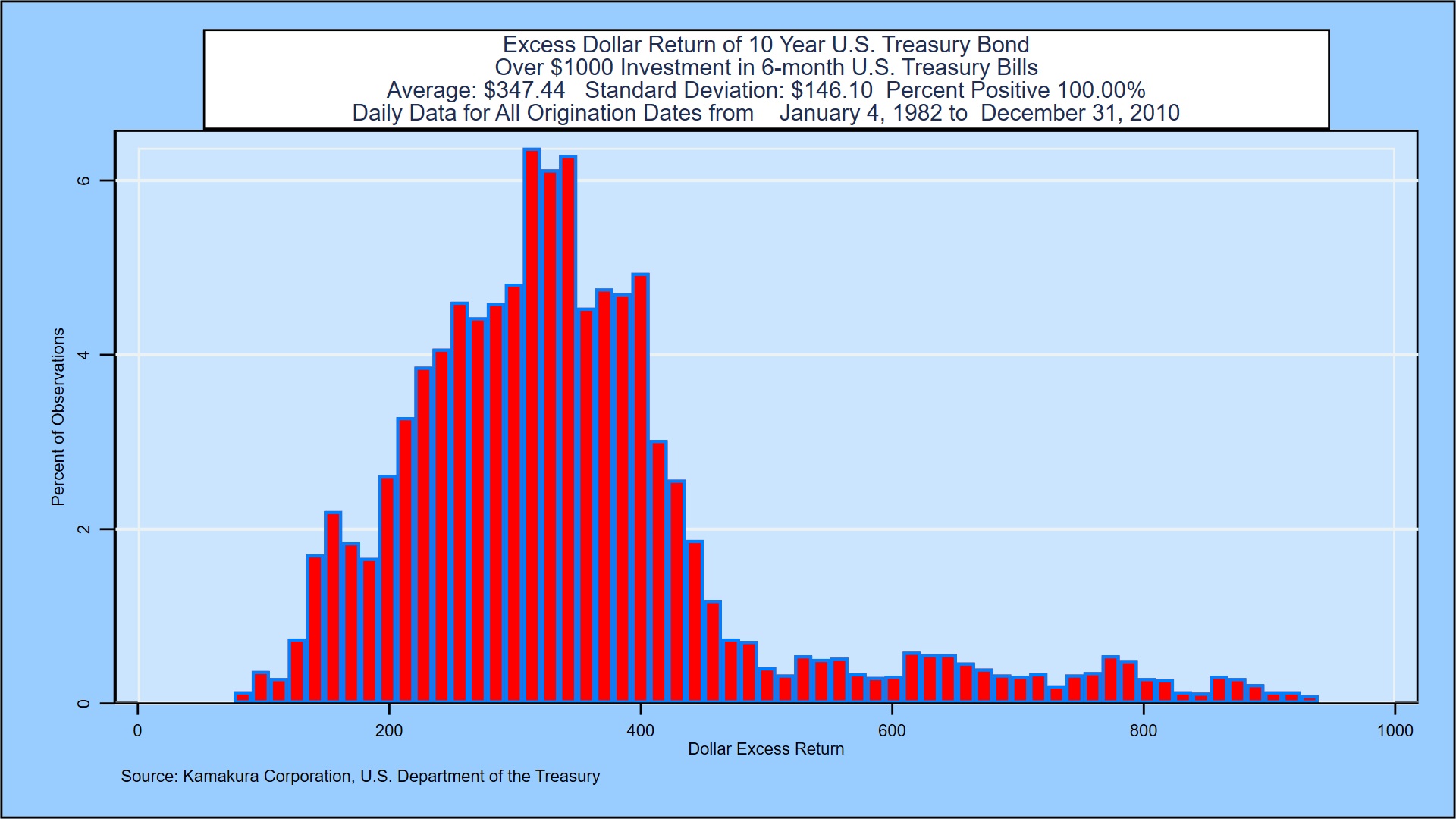 The question posed in the title is one asked often by many sophisticated fixed income investors, both institutional and retail.  That is why it is so surprising that there are very few reviews of the historical results comparing rolling over short term investments versus buying a fixed rate bond. In this note we update our October 4, 2017 analysis of realized and “in progress” term premiums in the U.S. Treasury market through December 31, 2020.  On every single trading day since 1982, we compare the actual results from rolling over 6-month Treasury bills compared to buying Treasury bonds with maturities of 1, 2, 3, 5, 7, 10, 20, and 30 years. Because interest rates were declining for much of this period, we also report results for investments that are “in progress” and whose final outcome is still uncertain.