Kamakura Corporation Names Don M. Griffith to Board of Directors

Kamakura Corporation Names Don M. Griffith to Board of Directors 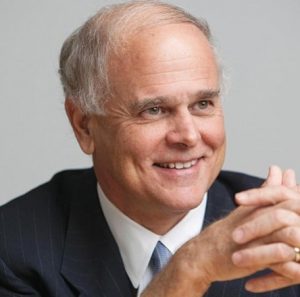 NEW YORK, July 20, 2020: Kamakura Corporation is pleased to announce the expansion of its Board and the election of Don M. Griffith to the Board of Directors. Mr. Griffith was the founder, chairman and chief executive of Grandpoint Capital, Inc, the parent company of Grandpoint Bank. He previously founded two banking companies, an investment and advisory firm, and served as Executive Vice President and Chief Financial Officer of First Interstate Bancorp. After earning his MBA at Harvard Business School, Mr. Griffith began his banking career at Citibank in New York and Mexico before joining Bank of America. Mr. Griffith earned a Bachelor of Arts from Stanford University and his Master of Arts in political science from University of California, Berkeley.

“We are pleased to welcome Don Griffth to the Board as a new independent director. Kamakura entered 2020 with a number of strategic opportunities to accelerate growth and leverage our risk analytics platform, Kamakura Risk Manager, and Kamakura Risk Information Services (“KRIS”). Don complements the skills and background of our current directors and brings banking, investment and deal experience to the board at a transformational inflection point for the company,” said Martin Zorn, Kamakura’s president and Chief Operating Officer.

“It was a great pleasure for me as a young banker to work with Don Griffith at First Interstate Bancorp. He brought amazing creativity and energy to First Interstate as Chief Financial Officer, and we are sure he will do the same at Kamakura as we rapidly grow our advantage as the global leader in enterprise risk management software and related risk information,” said Donald R. van Deventer, Kamakura’s founder, Chairman and Chief Executive Officer. “There are very few leaders in the financial services industry that have accomplished as much as Don Griffith. His wise counsel and collaborative approach will help us drive value for our clients and our shareholders”.

Kamakura’s other members of the Board of Directors are Donald R. van Deventer, Martin Zorn, Professor Robert A. Jarrow and V. Vance Roley, Dean of the Shidler College of Business at the University of Hawaii.