NEW YORK, April 3, 2020: Back in 2012, Dr. Donald van Deventer proclaimed in a blog post: The Debate about Reduced Form Credit Models Versus the Merton Model is Over. Yet today many market practitioners continue to use the Merton model—or some form of it–for pricing, as well as for calculating default risk. Today we will do a quick comparison of how the two models are performing in these extraordinary times. We will also provide a snapshot of the latest market risks.

The Kamakura Troubled Company Index continues to show an increase in default risk, which rose 0.47% to 32.40%, resulting in a drop in credit quality to the 3rd percentile.

Using one- month default probabilities consistent with the Troubled Company Index, we look at the ten riskiest firms using both the Kamakura Jarrow-Chava (JC6) reduced form model and the

Merton Structural (MS6) model. In both cases we see two different lists for rated firms. Further, we see that the default probabilities for the JC6 firms are about three times higher than those of the firms on the Merton list. 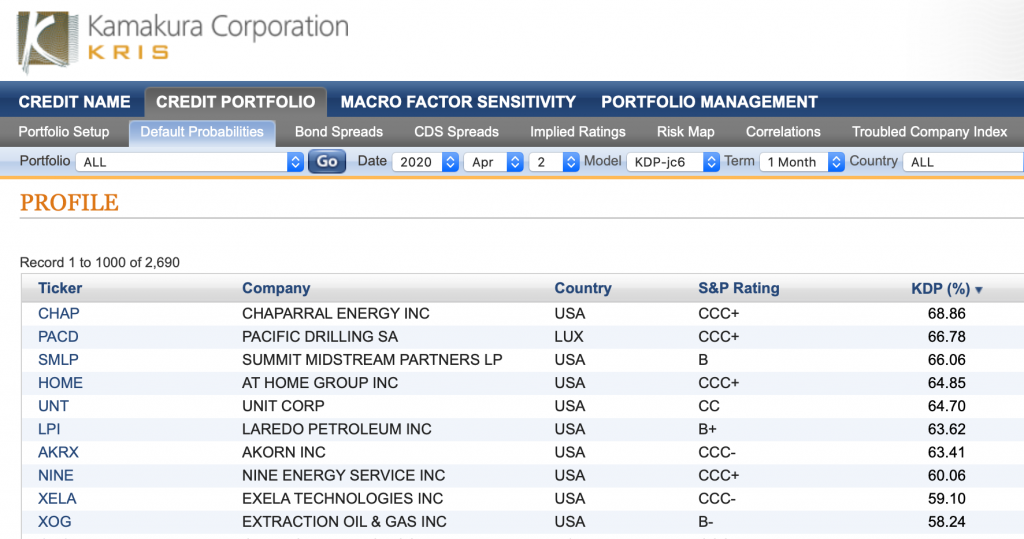 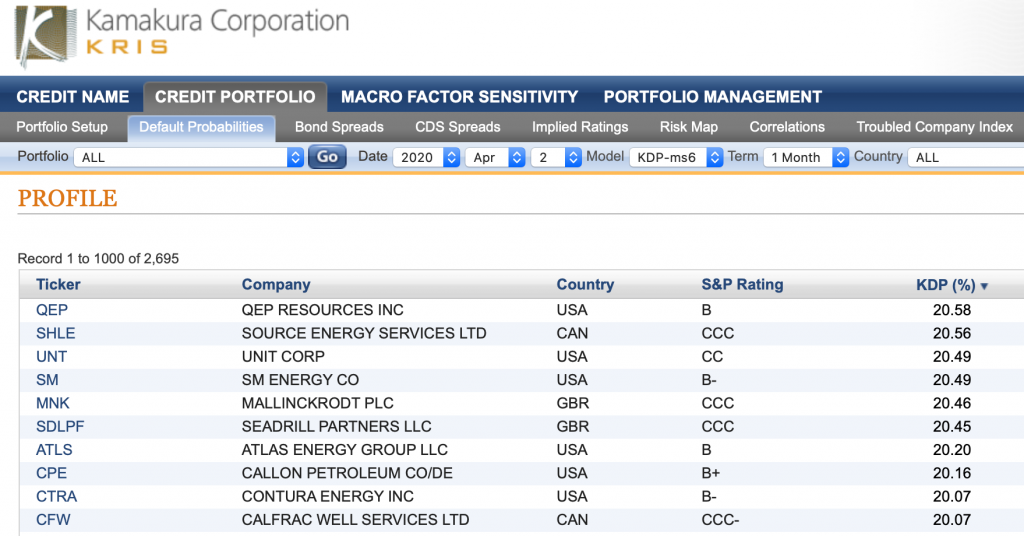 This leads to the question of which model to use. (Of course, some organizations use multiple models—which is fine, as long as you clearly understand the drivers behind them.) Do these two models diverge in all cases? The answer is no, as you can see from the comparison of default models for ExxonMobil below.

On the other hand, a look at strong companies shows the opposite, with Merton default probabilities higher than the JC default levels. These results clearly show the benefits of additional factors that influence the reduced form results, compared to a structural model that is more influenced by stock price.

We close this weekly report with the updated Expected Cumulative Default Rate, in which the one-year probability increased 0.24% to 4.33% and 10-year rose 0.31% to 22.46% since month-end.

Kamakura has served more than 330 clients with assets ranging in size from $1.5 billion to $3.0 trillion.  Current clients have a combined “total assets” or “assets under management” in excess of $26 trillion. Its risk management products are currently used in 47 countries, including the United States, Canada, Germany, the Netherlands, France, Austria, Switzerland, the United Kingdom, Russia, Ukraine, South Africa, Australia, China, Hong Kong, India, Indonesia, Japan, Korea, Malaysia, Singapore, Sri Lanka, Taiwan, Thailand, Vietnam, and many other countries in Asia, Europe and the Middle East.