Calm Before the Storm?

Calm Before the Storm?
Kamakura Troubled Company Index Increased by 0.04% to 12.90%

NEW YORK, January 6, 2020: While the markets ended the year in positive territory, the next few months should prove to be interesting.

The Kamakura Troubled Company Index® has remained relatively stable over the past few months and has shown improvement over the past year. It ended the year at 12.90%, an increase of 0.04% from the end of November and down 2.24% for the year. During the month the index varied from 12.5% to 13.8%, continuing the trend of modest volatility. The index reflects the percentage of 40,500 public firms that have a default probability of over 1%. An increase in the index reflects declining credit quality, while a decrease reflects improving credit quality. 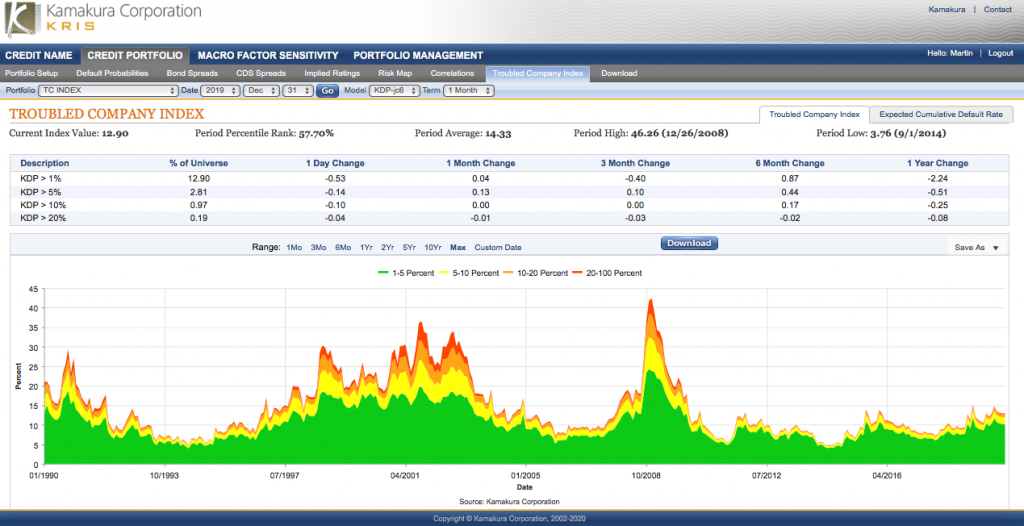 At 12.90%, the Troubled Company Index remains at the 42nd percentile of historical credit quality as measured since 1990. Among the 10 riskiest-rated firms listed in December, six are in the U.S., with two each in Spain and the U.K.

Ascena Retail Group Inc. (NASDAQ:ASNA), which was the riskiest- rated firm last month, produced better than expected earnings, improving its KDP enough to escape from the top ten riskiest list, although it remains in the riskiest 1% of our coverage universe. The company also announced a reverse stock split to avoid delisting on December 20. The Spanish discount supermarket chain Distribuidora Internacional became the riskiest company, with a one-month KDP of 40.39%–an increase of 20.04% over the past three months.

During the month there were 13 defaults, with four in India, three each in Canada and China, two in the U.S., and one in Malaysia. 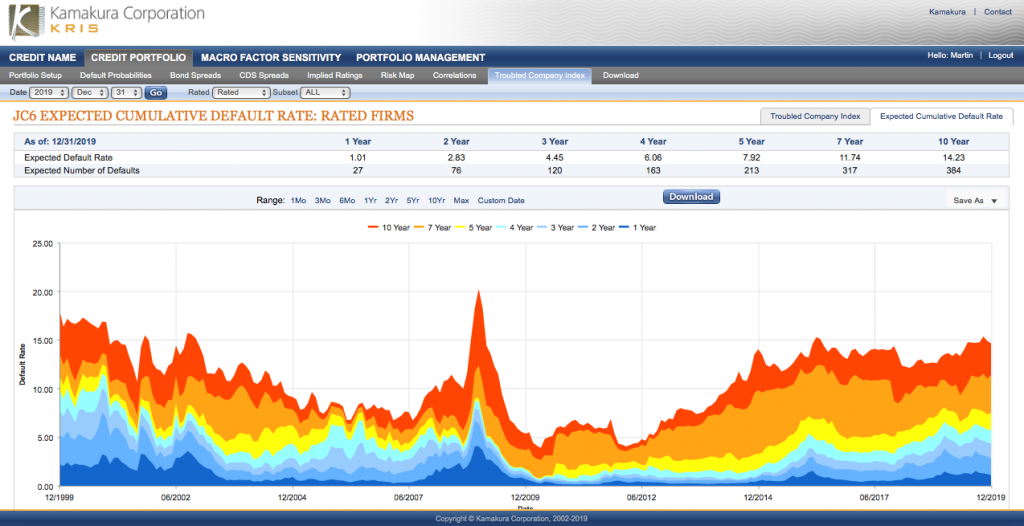 The markets ended 2019 in a celebratory way, but the big question is, what will the new decade bring? We will close the year with a brief review of global defaults in 2019.

There were 86 defaults in the Kamakura coverage universe. On a percentage basis, the top five markets for defaults were the U.S., the UK, Australia, Canada, and China. As we ended the year, the fastest-growing market for defaults was India.

The following chart shows defaults over the past year as a percentage of issuers by country. 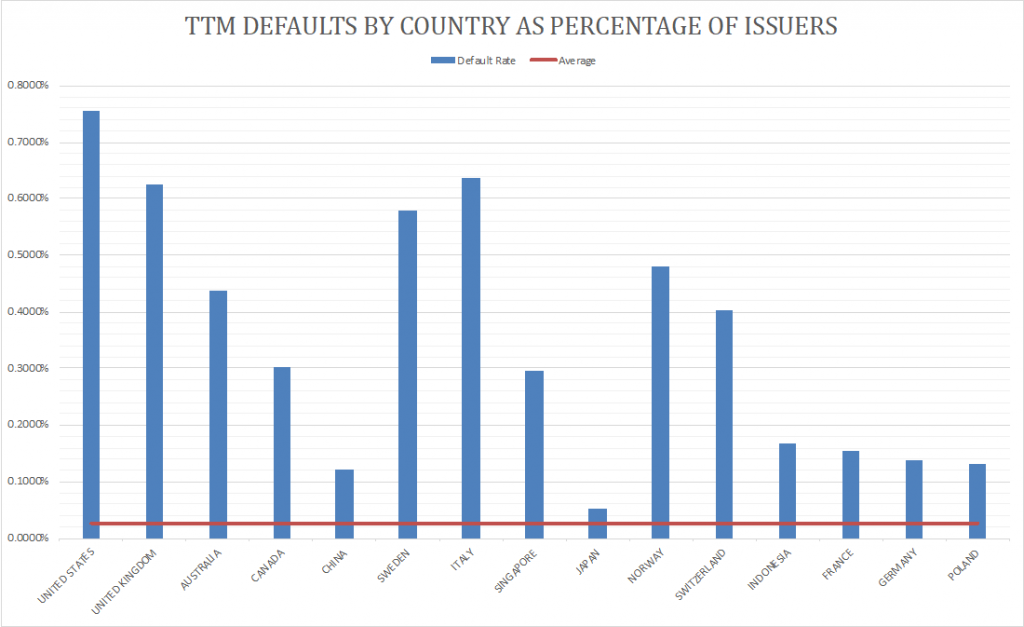 Looking at the U.S. defaults by sector, we can see that energy, retail and health care were the industries with the largest number of defaults: 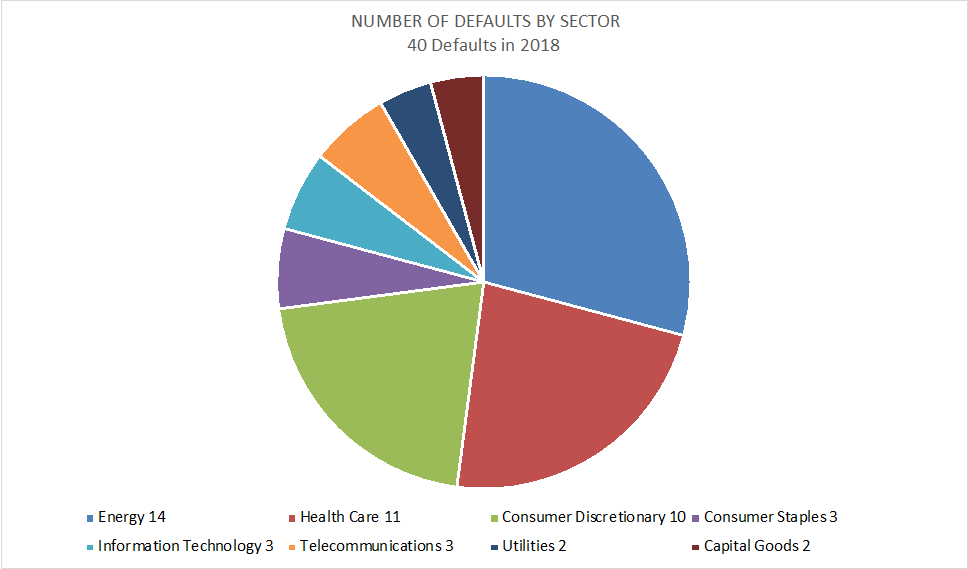 As we enter 2020, we will analyze the drivers of defaults for the past year and then shift our focus to predictive analytics. Wishing you all the best in the new year!

The Kamakura Troubled Company Index® measures the percentage of 40,575 public firms in 76 countries that have an annualized one- month default risk of over one percent. The average index value since January 1990 is 14.33%. Since November, 2015, the Kamakura index has used the annualized one-month default probability produced by the KRIS version 6.0 Jarrow-Chava reduced form default probability model, a formula that bases default predictions on a sophisticated combination of financial ratios, stock price history, and macro-economic factors.

To follow the troubled company index and other risk commentary by Kamakura on a daily basis, please follow: